FLINT – Fans will have the opportunity to be a part of history this year as opening night tickets for the Flint Firebirds Hockey Club will go on sale to the public Friday, Aug. 7 at 10 a.m. The Firebirds open the season at Saginaw on Thursday, Sept. 24, then will host the Saginaw Spirit in the first of four […] 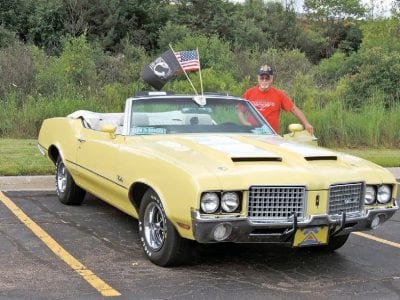 
Kicking off “Back to the Bricks” events, the annual Tune-Up parties began Monday at noon in Flint Township in the parking lot of ITT Institute, moved down the road to Genesee Valley Center mall at 2 p.m. and wrapped up in the evening at Duke’s Car & Stereo. John Miller of Swartz Creek planned to take his 1972 Cutlass Supreme […]

Assenmacher 100 on tap in Swartz Creek

SWARTZ CREEK — If you love to ride bikes, you won’t want to miss the upcoming Assenmacher 100 on Sunday, August 16. The annual social fun ride goes through the farmland and villages around Mid-Michigan and has been taking place every year since 1980. The race will begin at Assenmachers, 8053 Miller Road in Swartz Creek, and will consist of […]