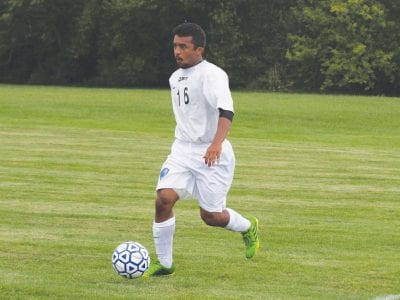 
CLIO — Ray Macko made six saves at Clio on Tuesday, but it wasn’t enough to keep the Cavaliers from falling 2-0. Making four saves for the Mustangs was Brendan Beasinger. “It was a tough physical game on both sides. Our effort was there,” said Carman-Ainsworth coach Jay Witham. “We gave up a fluke first goal when our goalie tried […]