FLINT — Mott Community College (MCC) players and coaches are taking on cancer – one 3-pointer at a time. The Mott Bears Men’s Basketball team will attempt to raise $5,000 by scoring 50 3-pointers from Feb. 1 to March 1 (a total of 9 games) to raise money and awareness for the American Cancer Society as a part of the […] 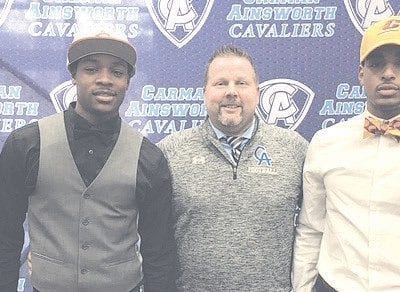 Four Cavs sign to continue to play sports in college

FLINT TWP. – National Signing Day took place last Wednesday across the county and Carman-Ainsworth recognized four of its athletes who signed letters-of-intent to play college sports. Troy Brown and Ahmard Clay will hit the gridiron and Caity Cox and Montana Andrews will take her bowling careers to the next level. Brown will play football at Central Michigan and major […] 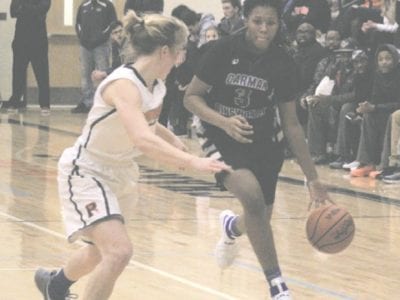 Lady Cavs improve to 13-2 with win over Lake Fenton

The Carman-Ainsworth girls’ basketball team continues to set aside the competition, this time taking out host Lake Fenton 70-25 on Tuesday to improve to 13-2 and remain in the top spot in the Saginaw Valley League. Scoring was led by Destiny Strother with 19 points, Bless Calhoun with 12 points, Alaysia Fowlkes with 11points, and Jessiana Aaron with 10 points. […] 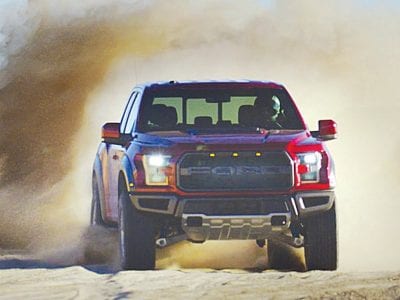 
A dd another trophy to the 2017 Ford F-150 Raptor showcase. The all-new Raptor topped a seven-vehicle field to be named 2017 FOUR WHEELER Pickup Truck of the Year. Last month, Raptor took home Best Pickup Truck of 2017 honors from Cars.com. “The all-new 2017 Ford F-150 Raptor is the truck equivalent of an amusement park thrill ride,” said Ken […] 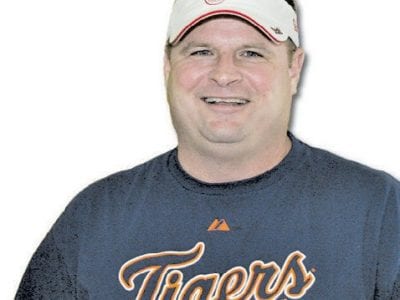 Super Bowl was one of the best ever! No LI 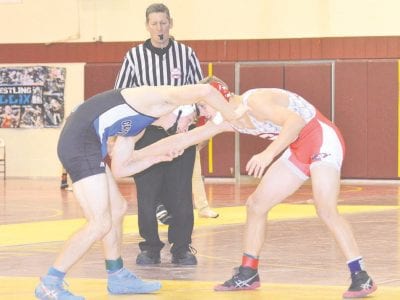 
High school wrestling teams competed at their league meets on Saturday and began the postseason with team districts yesterday and today before vying for individual district titles this coming Saturday. Div. 1 and 3 meets are tomorrow and Div. 2 and 4 are today. Div. 1 Team Districts for Carman-Ainsworth are today at Saginaw Heritage. For individual districts, Div. 1 […] 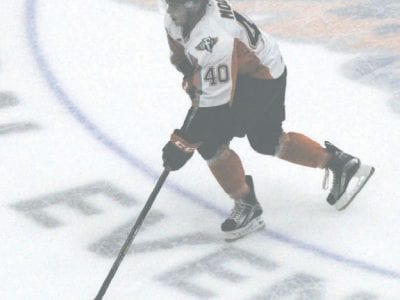 FLINT –The Flint Firebirds cruised past a highly-powered Kitchener Rangers team on Saturday at the Dort Federal Event Center, surprisingly controlling the game, to tie a team-record third consecutive win with the 5-2 victory. It didn’t take long to get started either, as Flint scored less than a minute into the game. Alex Peters passed to Kole Sherwood, who fired […]


FLINT — Famed children’s author Christopher Paul Curtis and UM-Flint alumnus will return to his alma mater to share his writing and inspirations with fourth-graders from Flint Community Schools Wednesday, Feb. 15. Curtis will host two sessions with students in the UM-Flint Theatre, from 9:30-10:30 and 12:30-1:30. Curtis, who has won numerous awards for his writing, has been publishing his work […] 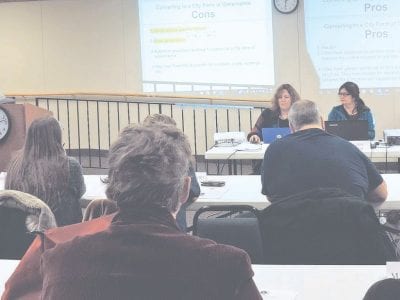 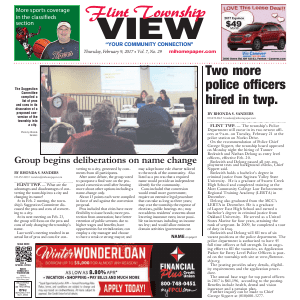