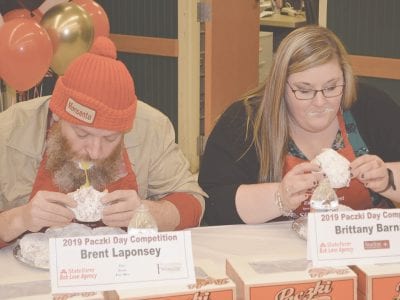 FLUSHING —The Flushing Area Chamber of Commerce celebrated Fat Tuesday with its annual paczki eating contest at Bueche’s Food World in Flushing. Nine contestants attempted to devour as many paczkis as they could in three minutes. Defending champion Russ Buck dominated from the start, wolfing down 5 ½ paczkis to claim first place once again. LeeAlan Weddel came in second […] 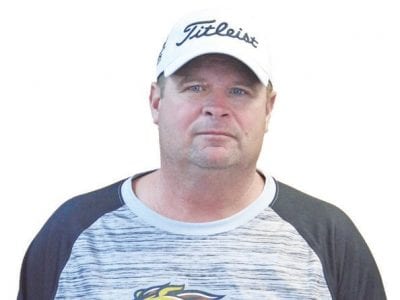 The baseball world has a new record contract in the books. The Philadelphia Phillies have signed former Washington National outfielder, Bryce Harper, to a 13-year, $330 million deal. That’s enough cheddar to put the state of Wisconsin out of the cheese business! The baseball world was ready for Harper to sign, as we are now into spring training, here in […]

PUBLISHER NOTICE All real estate advertised in this newspaper is subject to the Federal Fair Housing Act of 1968 which makes it illegal to advertise “any preference, limitation, or discrimination based on race, color, religion, sex or national origin, or an intention to make any such preference, limitation, or discrimination.” This newspaper will not knowingly accept any advertising for real […]